Bradley Secker: People are not willing to being photographed

Bradley Secker is an independent freelance photojournalist from United Kingdom, based in Istanbul, Turkey for eight years. He has experienced as an on-set photographer and videographer for TV and film production. I have asked him questions related to his experience in Turkey and to his profession.

Since you are based in Turkey, which topics do you mainly cover?

It’s kind of a mix between covering Turkey and Istanbul stories as well as Turkey and also original things in Balkans, Middle East and sometimes in Caucasus. In subject, it’s kind of a range between my personal projects: LGBT rights, identity issues, minority groups, migration, social and political actions and then portraits, different assignments for newspapers/magazines, protests, elections and cultural stories.

Do you also write or you just take pictures?

Sometimes I write, but mostly I’m taking photos. Sometimes if it’s published and it’s like a photo essay it has some text, but not a huge feature, just to get some context to the pictures.

Do you collaborate with other photojournalists?

Not with others photojournalists, but with foreign journalists yes. We join together researches. I take the pictures and they write the stories. Sometimes the editor just emails me and says, 'are you available tomorrow for this thing, go take pictures'. So it’s not any collaboration, but we work together. And sometimes me and the writer we have to go somewhere, in the south of Turkey for example, to work on a story for 2-3 days. I mostly work with foreign journalists, but not with the Turkish journalists because they don’t really pay that much and also they are not interested that much in the things that I think to be doing or they are not able to publish it.

Since you started working in Turkey, did you notice any changes in the practice of journalism?

In the practice not so much, but in the ability of people to be able to freely publish things, yes. There’s less freedom for journalists to report on things and a lot of freedom to be critical if they want to maintain the jobs, to have a kind of place to write, have a career and actually earn money from journalism then most of the people switch to these online websites, magazines or newspapers online but are not paying very much.

Have you ever needed help from the Turkish Government?

Not really. I just have to get my press card every year to allow me to work here legally. The first time when you apply for this, it’s difficult because you need to have a lot of documents, but when you have to renew it every year, it’s not so difficult. Otherwise I just ask for access to events to take some photographs. Sometimes they don’t reply, sometimes they say no and maybe sometimes they say yes.

It’s very different because the British media have obviously more interest in weird stories. Being a foreigner and working for foreign media in Turkey, all the local stories and smaller things that the Turkish media are often covering are not interesting for international or British media. If there’s a British connection, of course they love it. But the difference for me it’s that the stories you have to cover in piece to editors from here have to have more geopolitical significance and have to be bigger stories rather than the local stories. And here a lot of the stories have to relate to the President I mean a lot of interesting things are getting more restrictive and they want to push interesting stories in that line. But there are also cultural stories which are more positive and less political. In the UK those stories wouldn’t be so interesting because they are happening in Turkey and it’s far away. Also another difference is that Turkey is in the middle of a lot of different things comparing to UK. Next to Turkey, there’s Iran, Iraq, Syria and there are a lot of refugees coming through and going to Greece. It feels more interesting what’s happening in Turkey, because UK doesn’t have things like that. Visually, for photojournalism definitely there’s more work. You can have the opportunity to work on bigger stories like geopolitical stories, more than just local stories.

Are people here willing to being photographed?

When I first came in 2012 yes, there was not really any problem. But now when people are doing interviews and I’m the photographer for the magazine or something a lot of times people say that they don’t want to be photographed because they would have the name which it’s just the first name and also they don’t want to appear with the face especially if there are criticisms about the government. So it has changed a lot since I’ve been here, now people are afraid to be public. No one wants to be identified. Whether on street photography not so much but there’s more on profile or interviewing in particular individuals. In the last 2-3 years people are more afraid after all the conflicts.

Are you satisfied with working in Turkey?

In general yes. I just planned to come here for 3-6 months and now there are like 8 years. It is really fascinating to cover the Syria conflicts, refugee crisis, a  lot of cultural and political stories in Turkey, protests, elections. But the last year, I’m not sure I’m happy with my work because it’s kind of boring or not so interesting, the stories are not that investigative. But I do more personal work in different countries so it’s fine. Maybe for the next one or two years I’ll stay here, it depends if I get my press card or not. Turkey is a good place.

Have you ever been directly interrupted by the police or army while photographing?

Many times. Once in a village in south east of Turkey we were doing a story about two brothers that shot each other and then also accidentally shot a cousin. It was in a very small village but there was a check point, military check point before the village, and they checked our id's and press cards and everything was fine. Then we went to the village and this armed guys came with all this guards and stuff and checked everything again and said no pictures, no interviews and so everything stopped. And there was kind of a compromise because I had to bring some pictures to the editor because he would get crazy if not. And he said ok, you can take one picture, but just to the ground.

Do you consider that being a photojournalist in Turkey demands to be careful?

Yes, it’s different for me to work in Turkey then it’s for a Turkish photographer to work here. I mean there are different restrictions, If I get in trouble maybe I have to leave the country because I have no Turkish citizenship. Of course you have to be objective as anywhere in the world and  also it’s very important to make sure which one you get perspective from government’s side, from opposition’s side, because the media here is very politicized and if you do a story that doesn’t have approach someone’s comment from a different side, then you get the risk of your face to be published on Twitter, newspapers and so on and you receive a lot of hate. I think you have to be careful for political and safety reasons. You have be very careful with the words, with the pictures, you have to double think about how things might be used against you, twisted, potentially changed. But it’s a good challenge, it makes you work harder and also to check all of your facts. And in the British media it’s not really like that, they publish rubbish sometimes especially in tabloids.

What it was the hardest moment for you since you came to Istanbul?

Running out of money couple of times, it was difficult but then just in the last moments I got some assignments and I was able to live again. It was really bad in some situations. And another time I have been in some dangerous situations when I have been in Syria because there happened horrible things, physically dangerous things and then when I came back to Istanbul I was high stressed.

Note: All photographs in this interview are from his portfolio 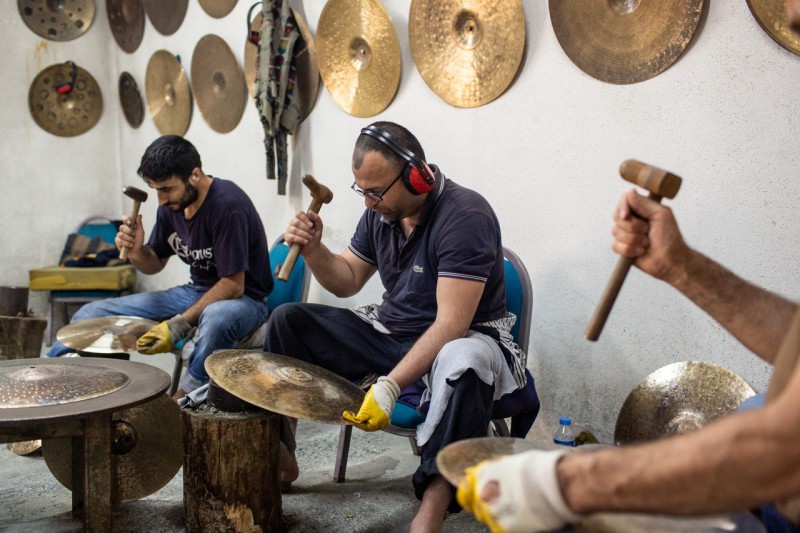 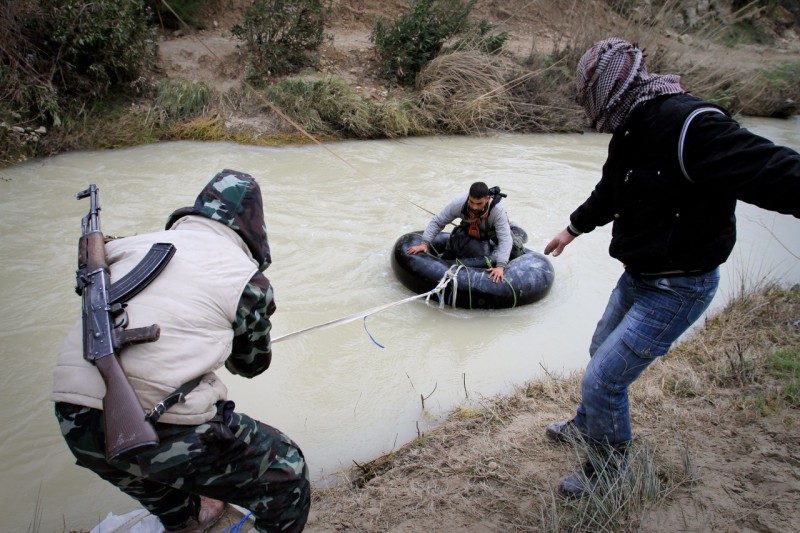 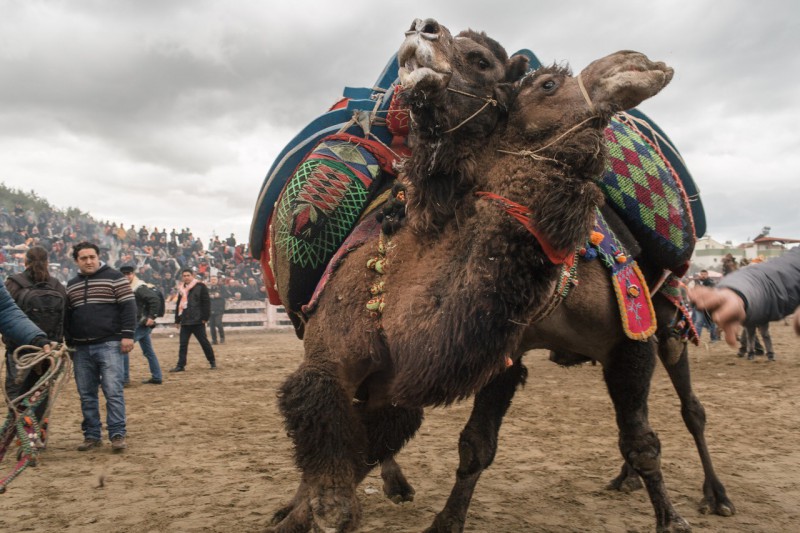 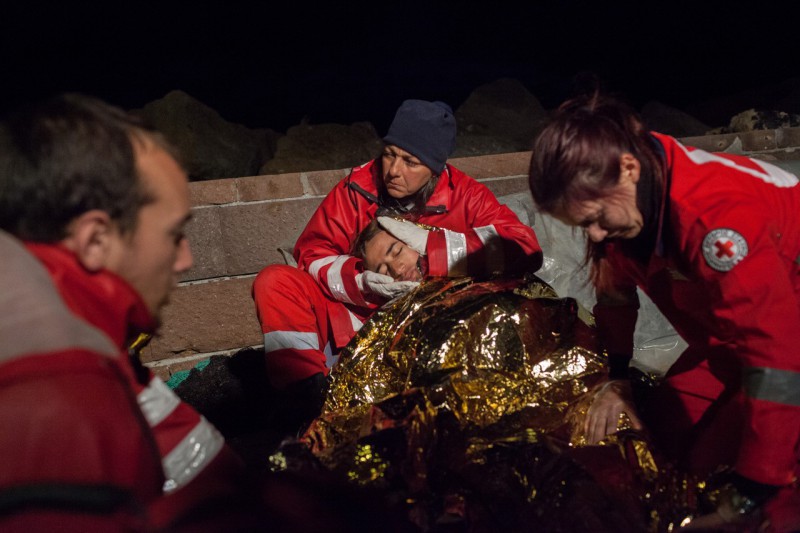