The begging has always been a complicated social problem, even in civilized countries. The same thing happens in Istanbul, the only city in the world that bridges two continents, Europe and Asia. The city with over 15 million inhabitants is the main financial, commercial and cultural center of Turkey, being also one of the largest metropolises in the world. People without possibilities, sick or simply lazy populate the streets and reach out to be able to secure their daily food, or in some cases, drink and cigarettes. The phenomenon is a worrying one, if we consider the fact that some of them are also "educated" and exploited children. 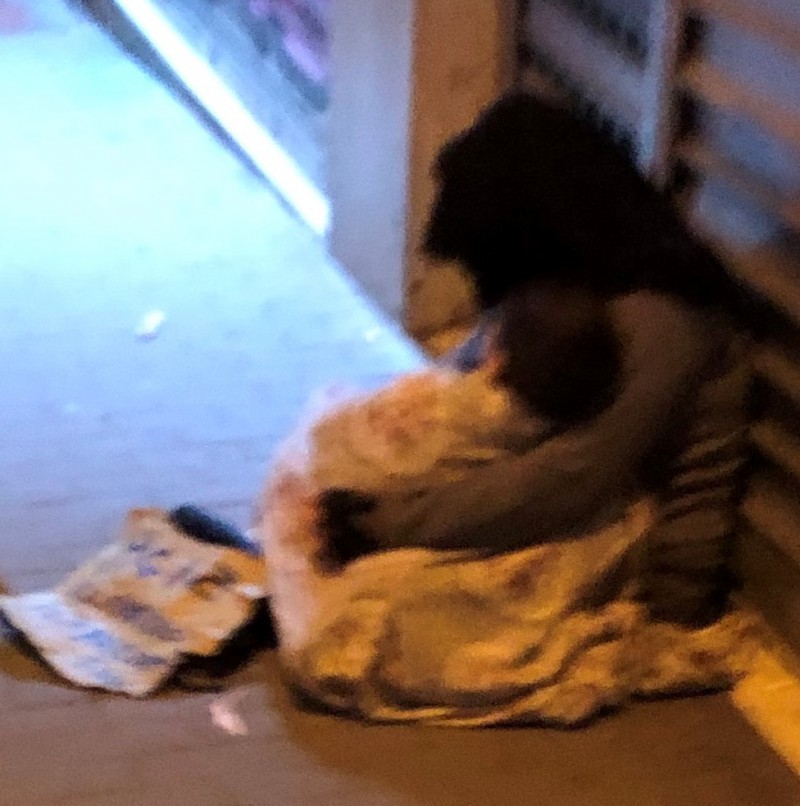 But while everyone seems worried and nobody does anything, beggars become professionals. Not in the sense that they learn to hide a leg or a hand and pretend to be dumb, but to the extent that they come with elaborate credible stories, trying to squeeze people's sympathy into some kind of emotional blackmail.

Good for nothing. Some of them really are. Others have played a bitter party. In order to survive, some of them must also demonstrate verbal, but especially non-verbal, communication skills that are out of the reach of anyone.

If you travel with the means of public transport or just walk on the streets you happen to observe beggars in action. Physically and morally stunted characters, different in age, ethnicity or gender, each has a different story.

The story of the one who did not see light, of the brothers to be evacuated, children walking in parents’ arms and even the cries of despair like "I'm hungry" are some examples often used by street beggars or more often they sell some litlle things. The beggars' message is concise, they only have a few tens of seconds to convince.

What people think of beggars?

I asked some people what they think about that situation and how they act when the beggars reach them. “They can find a job and work. The beggars are richer than most of us,” says a Tunisian girl. A Romanian girl adds, “I am sorry for them. When I cross the street and I see children 3-4 years old, sleeping on the sidewalk, my soul breaks. They have a very hard life, some are part of a certain mafia and are forced to beg. You do not know if it is good to give them money because that is how you encourage begging. Me, for example, I prefer to give them food instead of money. Sometimes charity gestures are organized and volunteers are sharing food to the needy people, this seems very good and human. Instead, there are beggars who have the power to work, but they still do begging, this bothers me because there are people who have very serious problems and still earn their money through work.”

A Turkish guy answers, “If he makes music or picture, this is art and I give money. But if I see kids begging, I don’t agree because their moms are taking their money, those women give birth to earn money.” Another guy replies, “I think it's a thin line. I mean, I have a lot of respect for the people who sing on the streets. If there is someone who plays and has the box of guitar open, I always give them as much money as I can. Okay, maybe I'm also subjective because I do the same thing. But with the ones that outstretch their hand and who are ok from all points of view physically and mentally I disagree. It also depends on what you mean when you say asking for money on the street. If I actually come to you and say I have nothing to eat so give me some money, excuse me, it’s begging.” 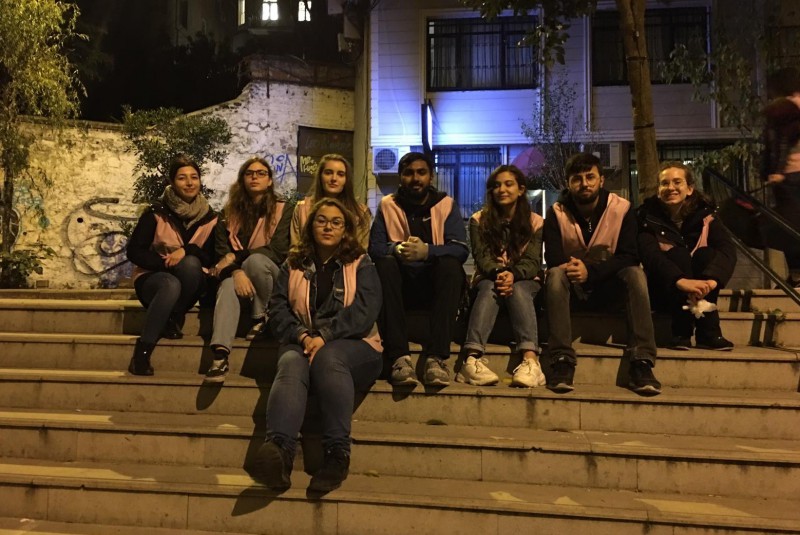 As a personal experience since I came here I have taken part as a volunteer to a charitable event organized by the ESN Marmara “Sharing is Caring”. During this event, we shared food to homeless people with traumas, people with broken social relationships in Taksim Square. The organizer said: “We don’t support begging which is based on abusing people’s emotions through mostly using kids and women” And I agree with his affirmation because all the time when I walk on the streets there are a lot of women with kids asking for money and for sure someone pushes them to do it. But at the same time, at this event for taking food, there only men came. I understand that they have social problems, but a few of them really looked like homeless. They came wearing Nikes and most of them looked like they can work, they looked healthy. I’m not blaming or judging because I don’t know the story behind and I felt good helping them and seeing smiles. But I’m sure there are people who really need help. I haven’t seen any woman or kid at this event, all of them were men and most of them young guys. However, this is a nice initiative by helping homeless people. It was the first time when I took part to something like this and I liked it. I don’t know if this thing is happening in Romania as well, but here this asociation "Çorbada Tuzun Olsun" feeds homeless people everyday. 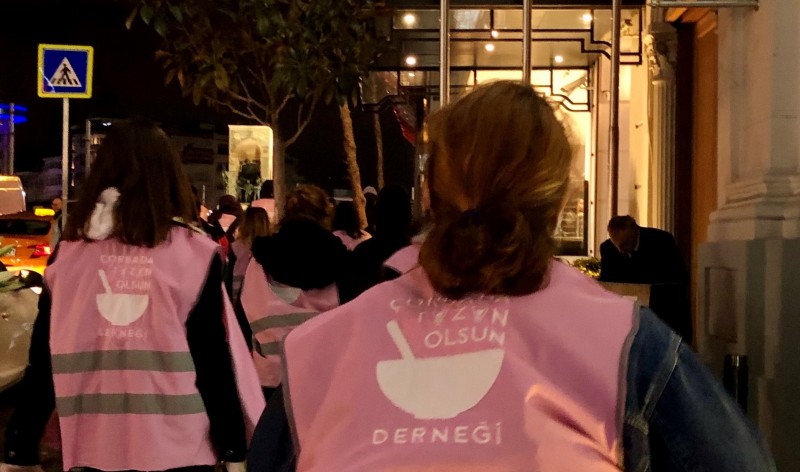 In Romania, the beggars are more insistent

Returning to beggars, comparing Istanbul with Romania, the situation looks alike. The streets are populated with women and kids asking for money, but in Romania they are more insistent then here in Istanbul. I have experienced some cases when kids asked for money, I said no and they continued to walk by my side begging. Or worst, if you don’t give money to them they are going to curse, to say bad words to you or even to spit you. In Romania, if you buy food and give them to the beggars they don’t accept it, they don’t want food, they want money. Sometimes you give them food and then you see the food on the garbage. Or if there are people able to work and you ask them to help you with something for money they say no because they don’t want to work.

I’m going to add the story of a Romanian beggar so you can have an idea about how things are going there. Sitting on the stairs of the Metropolitan Cathedral, I met Florin. He had torn clothes, unkempt hair and dirty hands in which he was holding a family photo. I approached him and our dialogue began. Florin, from Neamț County, told me with tears in his eyes how much he misses the 9 children, left at home, among whom one seriously ill. He has been begging for more than two years in Timișoara (The town where I’m studying in) and, he says, nobody receives him at work. He lives on the streets of the city, has no house, no table and no one next to him. I asked what prompted him to choose this path, he testified with tears in his eyes, that poverty at home and hard living, urged him to go begging on the streets. He has many children that he cannot raise or bring to school because he has no money for clothes or supplies. And then I asked what he says to people, he replied: "I don’t say anything, they just pass and give me money.” I can say that he seemed honest. Unfortunately, I couldn’t talk to any beggar from Istanbul because I can’t speak Turkish, and also they are not open to strangers.

For sure, this phenomen is going far away, the number of beggars is increasing every year and so their attitudes are getting worse. Even if this can’t be controlled by people, we can avoid to encourage this kind of actions. We shouldn’t give money to them. They earn a lot of money daily and as someone said they are richer then most of us, there are professional beggars. Therefore, we are dealing with characters who know their audience. They formulate concise and effective messages, speculating on our assumed weaknesses. They are persistent, their failures do not discourage them.