On December 8th 2019, 300 women met in Kadiköy to claim for fundamental rights for the women in the country. Following the trend that started in Chile, they did the performance, called “Un violador en tu camino”, that the collective “Las Tesis” created back in the country we just mentioned before.
The performance was going to be done twice, one time in Turkish and another one in Spanish, because the original version is in Spanish. When the women were trying to do the performance in Turkish, police already had surrounded the area with big trailers. It was known that at some moment police was going to disperse the protestors, but the women who took part stayed still in their positions and initiated the performance anyway. Police attacked in the middle of the performance and started to hit women aggressively. They started to slam, whack and throw pepper gas to the people that were there. At the end, police started to lock up the women in one street so they could not get out and escape. They did this to catch the women who organized the performance, who take part on the Turkish platform “Kadin Cinayetlerini Durduracağız”. Police held back the crowd and later took the organizers to the police station. 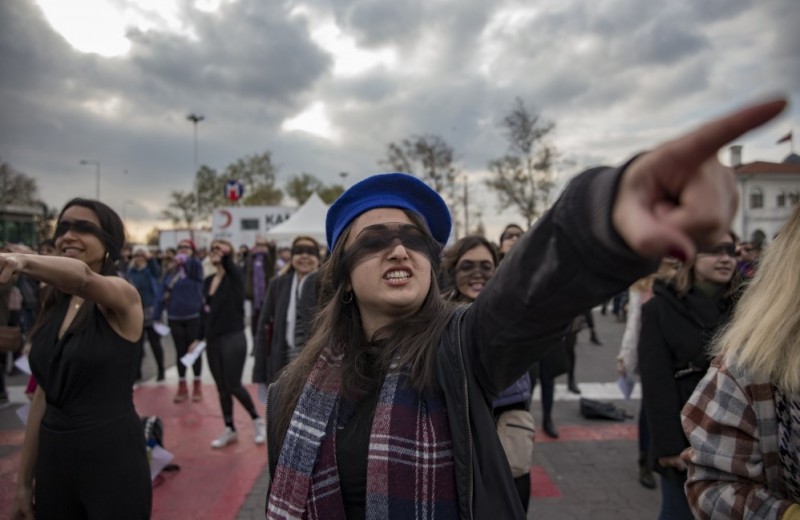 Marta and I were there, in that crowd. A friend, also Spaniard, told us that the “Un violador en tu camino” performance was going to be held in Kadiköy. So, we decided to go because of the international fight in favour of fundamental rights for women in every part of the world. What’s more, this performance was very famous in the Spanish spoken part of the world, so we already knew about it. We were happy to go and we thought that there was not going to be that many people. Instead, we thought that it was going to be a demonstration with few people and that it was going to be a fast one. When we arrived there, we found out that there were lots of women and also with something we did not think about, there were plenty of media outlets. There were lots of mobile phones, television cameras in front of us. And as I said before, surrounded by the police.

In the moment that we saw that many cameras we thought that maybe we were going to appear in some Turkish media because we thought there was not going to be any violence, we believed it was going to be a pacifist demonstration and after that, people would leave and go back to their homes. But it was not like that, the police charge and detention of seven of the organizers made the story global and viral and that it reached Spain and lots of other countries within a couple of hours.

Later that week, the Turkish women parliamentarians positioned themselves in favour of the organizers of the demonstration and also did the “Un violador en tu camino” performance in the Turkish parliament. That story also went viral and that we could find in profiles of Spanish media in social network as Facebook, Twitter or Instagram.

When we see that Turkish women are trying to fight for the same fundamental rights as Spaniard women, Turkish women are more repressed. In this case, they have been sent to trial because of the violation of Turkish Penal Code, article 301, which establishes that public degradation of the Turkish government and its institutions may lead from six months to two years in prison. This accusation is happened because in the original song, it is said that “the violator is the police, the state, the president” and also “the oppressor state is a man who violates". 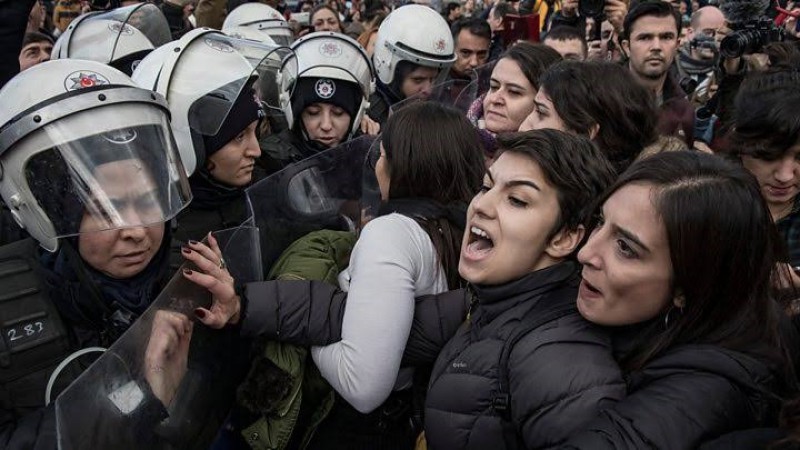