Cappadocia is the destination that breaks you from reality, it seems to be taken out of children's story books. When you go on a vacation in Europe you are aware of what awaits you. You set the sights you want to visit from home, you know that you have to travel by subway or public transportation and you are ready to see big and imposing buildings. Well, in Cappadocia you don't see that. You do not see any subway station, you do not see any tram, you do not see buildings, the buildings that leave you with your mouth shut.  You only see cliffs and so on! You are probably wondering why you would pay for a vacation where you only see rocks. But if you didn’t know, Cappadocia is included in the UNESCO world heritage, it is also called "The land of beautiful horses" and is considered the most beautiful place in the world where you can fly with the balloon and walk through the valleys of what seem to be from another planet. But those are just some of the reasons why you should go there. I remember that Cappadocia was on my list since I was a child, I always wished to visit it and I finally did it and I can say I fell in love with this place and for sure I’ll return to fly with the balloon.

But going forward, I’ll give you some information about Cappadocia and about the places we visited there. There are 36 underground cities in the area dating back to ancient times. More than 2000 years ago, Christians left the South, for fear of Roman persecution, and they arrived Cappadocia, in the heart of Turkey, where they found these fabulous grottoes, which, being inspired, enlarged and enriched them. In this way, entire villages - about 300 in number - were born, but also Christian churches known throughout the world, those in Göreme and Ürgüp being among the oldest. Here people hid during wars and during periods when volcanoes erupted.  Nobody knows how many underground cities hide Cappadocia. So far, eight cities and many smaller villages have been discovered, but there are certainly others that are hidden underground. The largest underground city in Cappadocia is Derinkuyu. It is considered the largest and most mysterious underground city ever discovered and was built due to geological formations never found on the globe. Archaeologists and speleologists found that the underground city stretched at least 18 floors underground to a depth of about 85 meters, and could accommodate about 30,000 people. The cities were lit with torches or flax oil lamps, which produced enough heat to keep the temperature at a pleasant level. They used flaxseed oil because otherwise they could suffocate from the smoke. 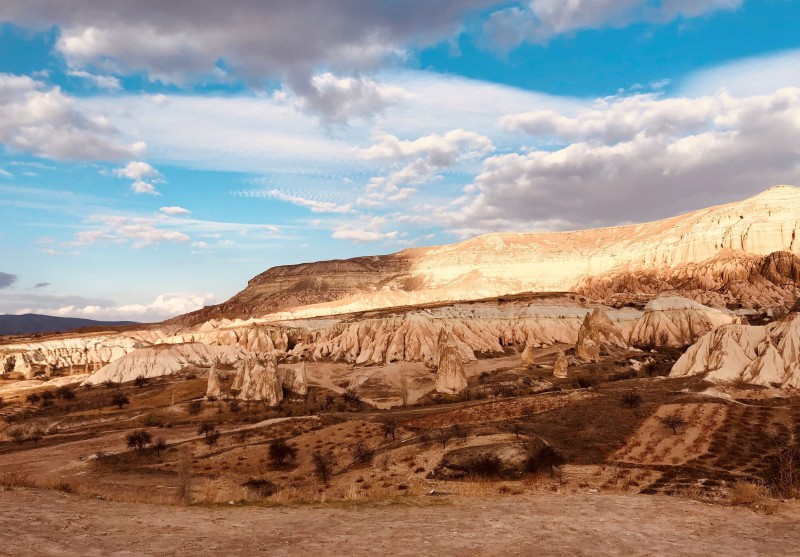 I went down to the 7th floor of the underground city and was quite fascinated. It is shocking to realize that these people have dug so deep into the earth. There are still kitchens and places where they kept their supplies because they stayed there for several months. The city is made up of hundreds, even thousands of tunnels, some of them being so narrow that we had to go almost in four limbs. Because the enemies had no choice but to enter one by one, anyone entering the underground city was killed. 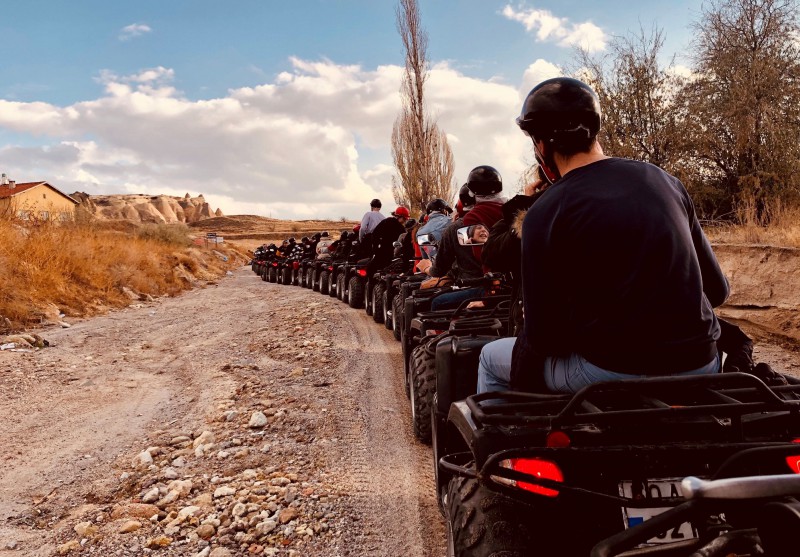 As a benefit of the guided tour, here are some interesting things I found out. The underground cities of Cappadocia are interconnected, there are long tunnels up to 10 kilometers that connect them. Entrances to cities were blocked inside. Basically, a huge stone stood at the gate, so that once pushed inside, no one could enter without the will of those who were already in the underground city. The cities were illuminated with the help of torches or lamps with flaxseed oil or animal fat, which, at the same time, produced enough heat to maintain the temperature at a pleasant level. Pigeon Valley, the name of the valley was given, as anyone would expect, due to the pigeons living in the area.  Years ago, they were used by people as message carriers, so many caves were painted white to attract birds inside. It is no wonder, then, that today you can see enough pigeons in the valley, approaching without fear of tourists or cafes on the edge of the valley, in search of food. 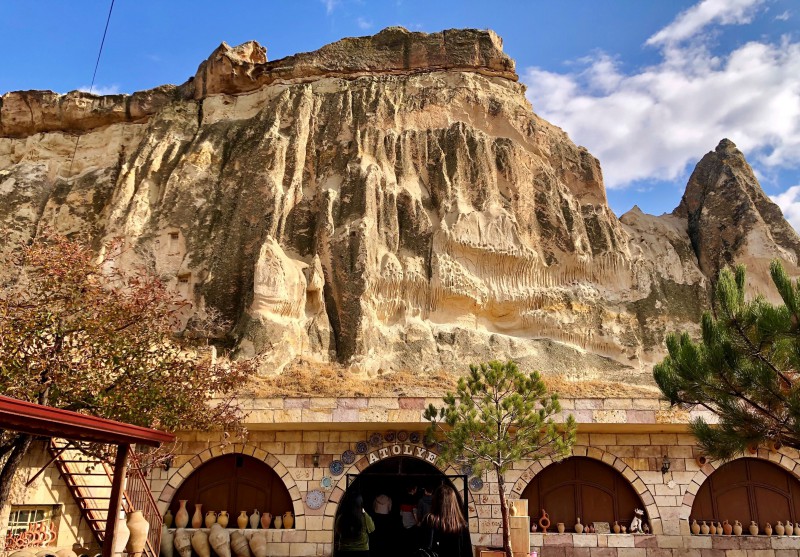 We visited also an art gallery with jewelry design workshops with local stones such as Zultanite. All tourist trips of this kind include places where visitors could buy some presents. Such a place was also this art gallery, a huge store with jewelry adorned with all kinds of stones, including the famous Zultanite - a magic stone that changes its color to light, becoming purple, when green, when pink or blue. The prices are, of course, peppered, although the beauty of the jewelry is undeniable. However, it is also an enemy of your budget, because it can easily convince you to spend amounts not to be neglected for a few ornaments. Here I bought a nice silver bracelet that will remind me always about Cappadocia. 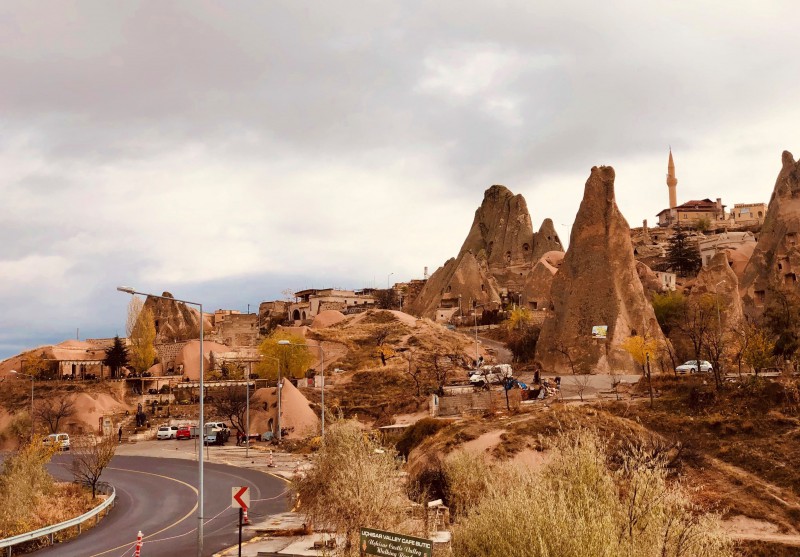 Cappadocia is famous, among other things, for the crafts that the inhabitants have transmitted throughout their ancient history from generation to generation. One of them is the potter. Again, it is not something we have not seen, but the style of ceramic objects is nonetheless different. We visited a workshop that also had an exhibition, and the products presented, in a word, were true works of art. Also, we were able to try pottery and it was a funny moment of the trip because we didn’t know how modeling clay to take shape and our results were comic. Also, I enjoyed a lot the ATV tour in Göreme. It was my first try and I can say for real that I had so much fun and maybe it’s going to be my next passion. 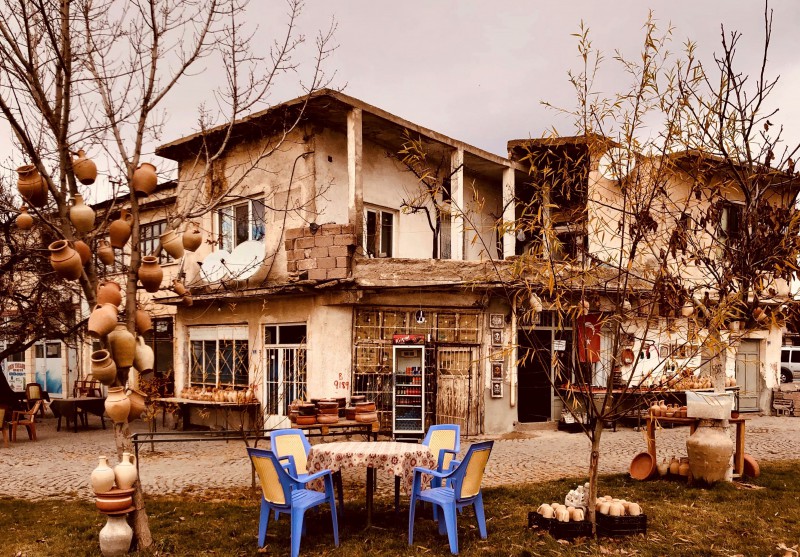 As we all know, in everything there are good and bad parts and obviously this trip left me with a bitter taste and I’m saying this because the weather in the day we should see and fly with the balloons was inadequate. I mean there was clouds and we couldn’t see any balloon. It was my dream before coming to Cappadocia and before coming to Turkey. Nevertheless, this trip was breathtaking. It was like a pause from all the agitation from Istanbul, from all traffic jam and noise. Cappadocia is the Turkish version of ‘Grand Canyon’ from the US, so I suggest to everyone to visit Cappadocia because it is something different that you can’t see everywhere, it’s quiet, magical and lovely. You can feel these things in the air. 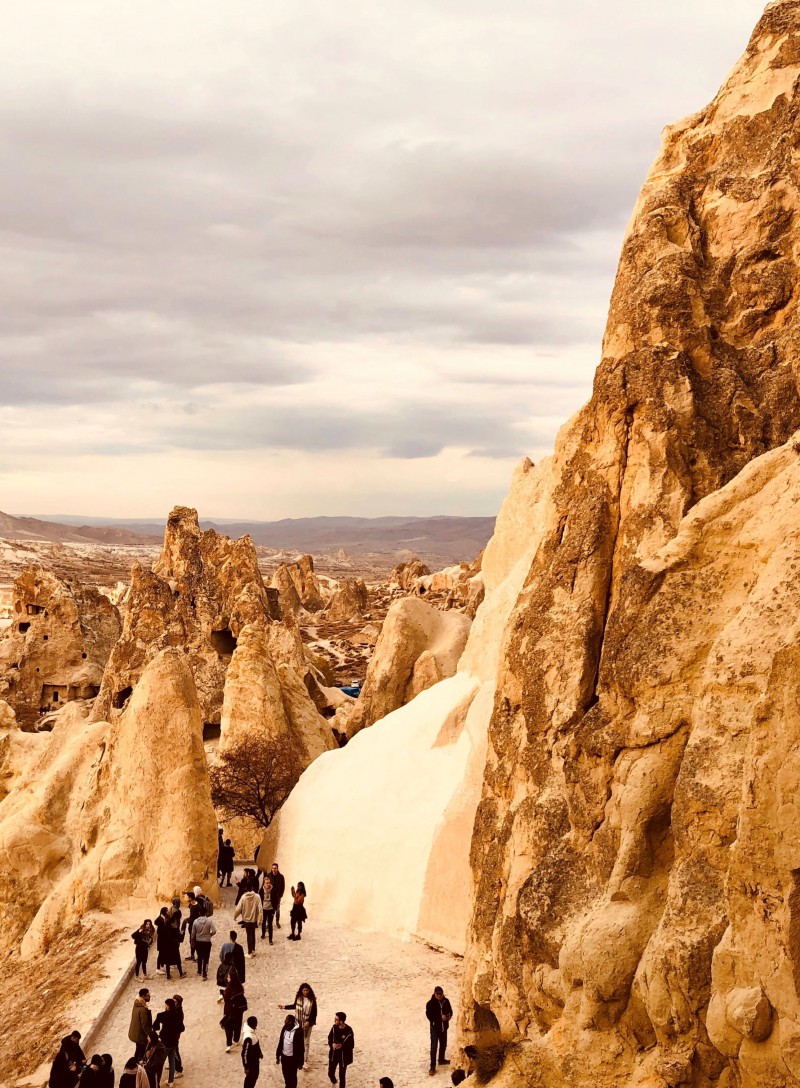 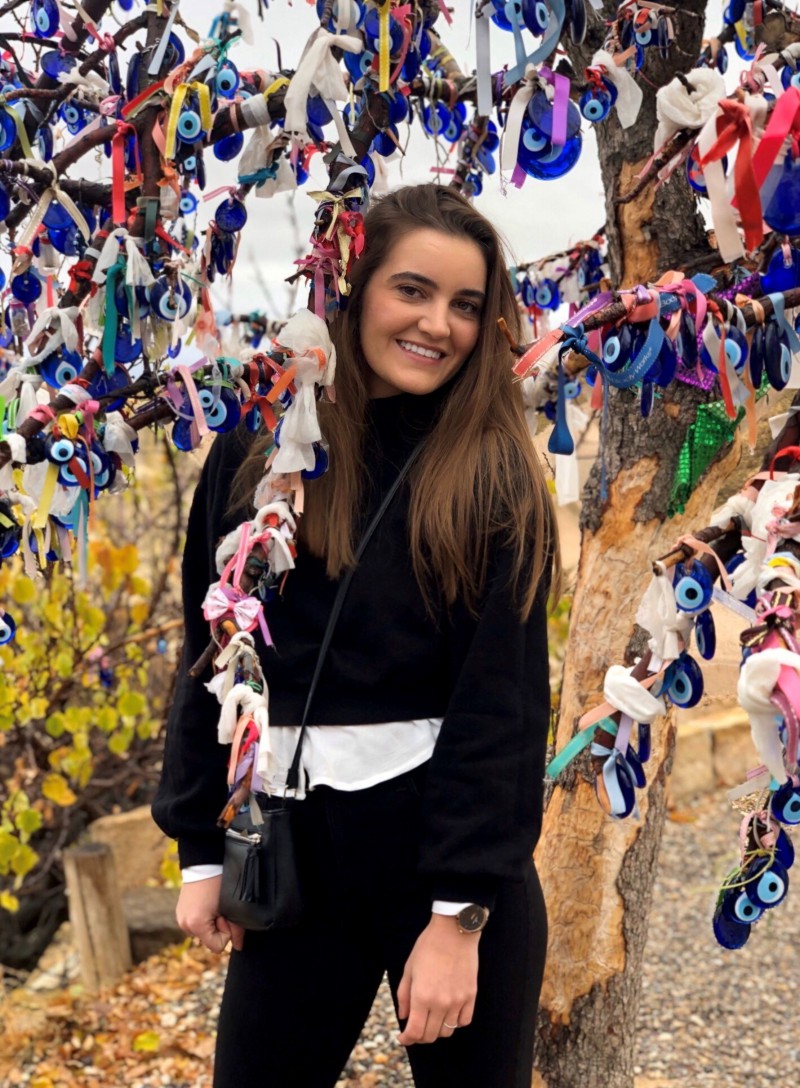